Apple or PC for Law Offices?

Windows long dominated as a popular operating system for law firms. Yet, as Mac gained in market share over the decades, an increasing number of law firms have switched from a PC to a Mac for their practices. 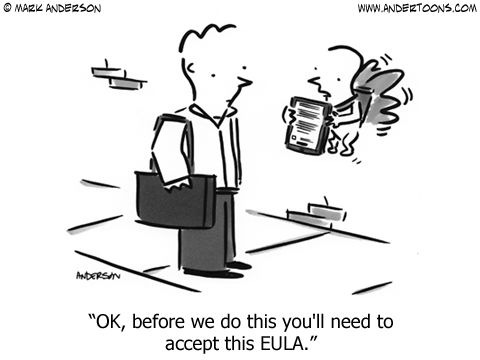 For much of the time, the assumption was that Windows was superior for a business environment for several reasons:

Currently, Mac has gained on the PC advantages, and law firms are reconsidering. Here are some reasons I think that the advantages are now about even.

Each of these programs or apps is available across both platforms.

PCs and Macs can both run Adobe Acrobat and Microsoft Office, and cross-compatibility issues have been eliminated between the operating systems, although older versions may continue to be incompatible.

In addition, practice management software was usually supported on Windows servers with onsite hosting. This remains a common practice for large law firms; however, cloud-based software has become a valuable resource for solo and small law practices due to its ease of maintenance and cost-efficiency.

The remaining programs are cloud-based, which means that any type of device or computer can access and use it. The computational processing provided by cloud-based software is not accomplished by your device, PC or Mac. It is processed by servers elsewhere programmed to recognize and respond to different operating systems.

Although it may be enticing to reduce costs by eliminating the IT support service you have once you move to the cloud or switch from PC to Mac or vice versa, it remains a solid idea to keep an IT service provider on call. Today, your staff has a multitude of devices and operating systems, and you need a provider proficient in all of them.

Designing, building and maintaining an in-house server can be far too difficult for solo and small law practices. The cost of overhead is high especially in relation to the available alternatives.

In addition, having an in-house server to manage emails and documents requires using a sole operating system, which the cloud eliminates. For solo and small practices, sharing documents over a network is facilitated easily via the cloud using Box, Dropbox, or Google Drive. Generally, the hassles are fewer, and you have no equipment to repair or maintain. You can access your files from any type of device, mobile device, smartphone, tablet, PC, or Mac.

Does it Matter Anymore?

Pertaining to functionality, it probably does not matter today whether your law firm uses a PC or Mac. Sharing documents and contest over differing operating systems is seamless today. You can create professional declarations and other pleadings for court just as easily on a Mac as a PC, and you can share those documents online with colleagues or clients without worrying about cross-compatibility. Most software is currently available for both platforms.

The best answer may be to simply choose which works best for your law firm and staff.