Everything You Need to Know About Reshipping Scams 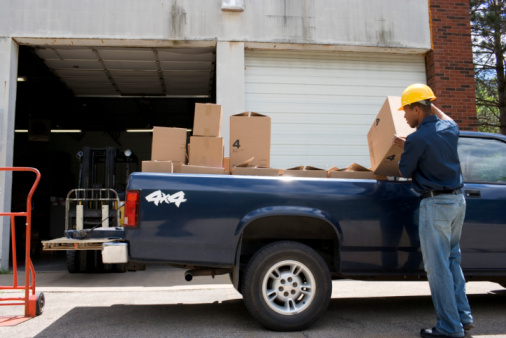 Credit card fraudsters are continuously coming up with increasingly clever and mendacious ways to scam your credit card. But one long used practice that has proven quite reliable (from a thief’s standpoint) is re-shipping scams, which manage the shipment and repurchase of carded consumer goods (mostly high end) from the United States to Eastern Europe, Russia in particular.

Recent studies suggest that as many as 1.6 million credit and debit cards are used in reshipping scams every year totaling around 2 billion dollars in fraudulent transactions. However, authorities have been coming up with their fair share of limiting the amount of merchandise purchased through this practice from ever getting to the fraudsters, which in turn, causes damaging effects to these scammers profit.

The majority of major retailers worldwide have long disallowed direct shipping of consumer goods from the U.S.A to Eastern Europe due to the high rate of fraudulent purchases linked to those areas. However, credit card scammers have found ways around this by essentially creating “reshipping networks” comprised of not only criminals, but innocent people who have been bamboozled into believing that they are working for a completely legitimate company that deals with international shipping.

To fully understand how this scam works, it is best to explain it using the same terminology as the fraudsters. Below are a few of the players involved in this inventive and intricate scam:

The “operator” is in charge of recruiting unwitting individuals (often looking for work from home jobs) to use their address to receive fraudulent purchases that are to then be reshipped to a specified location. These victims are promised compensation of up to $2500 a month for simply placing shipping labels on parcels and dropping them off at the post office. These people are referred to as the “shipping mules” or “drops”.

One of the biggest obstacles that authorities face when investigating these scams is that it is near impossible to apprehend criminals who are located abroad. However, tracking the patterns associated with reshipping scams can help authorities to identify these packages before they leave the country by directing their focus to common locations that these fraudulently purchased items are usually shipped to. Thus disrupting the networks that the stolen goods are moved from, that in turn, damages the harmony of the underground economy, which serves as a “hit ‘em where it hurts” effect.

What You Need to Do to Stay Safe

If you’re looking online for a job, make sure you’re careful as some reshipping scams appear as job-board postings. Sometimes, those behind the scams will also send emails to victims – claiming they’ve seen your resume on a major job site and offering you a position. Be weary.

Learn about reshipping scams and credit card fraud and how you can protect yourself. Contact {company} at {phone} or email at {email} today for more information pertaining to this scam.