Has Office Depot Been Diagnosing Computers with Fake Problems?

Office Depot has provided free PC checks for years but new light is being shed on the program as accusations of false diagnoses have surfaced.

Office Depot has recently been accused to taking advantage of unsuspecting customers by selling computer repair services for problems that do not exist. Office Depot is known to have free PC health checks at its locations but until recently, nothing has come to the surface about false diagnosing. 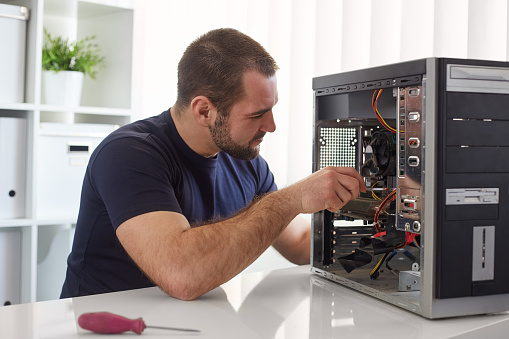 This came to light because a former employee came forward saying that he believed the company was fraudulently diagnosing computers with customers who may not be aware. A CBS affiliate went undercover as a result an found that an Office Depot was in fact diagnosing issues that did not exist.

One of the most common issues presented to customers was malware. In turn, the company said they could fix it for a large price. During the undercover operation, they presented new computers that had not been used and had just come out of the box. For the computers, a computer security firm IOActive, guarantees a clean bill of health. The firms VP of Technology, Will Longman, said himself that there was no evidence of malware when they used the computers as part of their process.

During the undercover operation, the CBS affiliate even bought computers from Office Depot and took them to a different store to get them checked out. The other store said they found malware on this device as well.

The diagnosing of the computers varied from store to store as well. Where some would recommend anti-virus software, others would say ignore the test results. On the opposite end, you get the serious diagnosis of malware. This shows that Office Depot does not have a set way of handing these free PC checkups and the diagnosis is completely left up to the employee or individual store.

For now, a spokesperson for the company is saying they do not take these accusations lightly and will be investigating throughout the company. However, what about the people that have already spent good money on a service that they did not really need. Office Depot should take a look at the program and really fine tune it if they wish to continue.

If you want quality and trustworthy examinations of your computers in {city}, be sure to call {company} by {phone}, email us at {email}. If you are having computer problems, right now is a good time to stay away from Office Depot.