A new computer virus is encouraging unwitting victims to pass on the virus to others through a scam. Learn how to safeguard your personal network and business against it.

A dangerous new ransomware virus is on the move, and it’s using sneaky alternative tactics to spread quickly. The Popcorn Time malware (named from a BitTorrent client) tricks victims into becoming attackers by offering a pyramid scheme payment system to remove the software from computers. 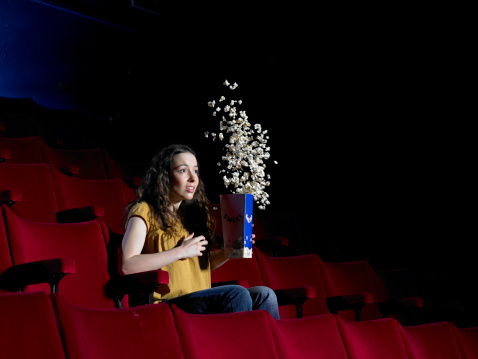 Users who find the virus on their computers are offered the chance to unlock their files if they shell out a payment of more than $750 to open their records. Or they are given a second option to remove the malware in the “nasty way” if they pass on the bogus link to fix the virus to their friends and contacts. If users send the link to two or more people who then are tricked into installing the file, the original victim has their data decrypted for free. The original victim is then left unaware about the damage they are inflicting.

The software and marketing scheme was recently noticed by security specialists at MalwareHunterTeam, who found that if they software, which is now only in development, is fully released it could rapidly inflict broad-ranging harm due to its cloaked distribution model.

Similar to other ransomware, Popcorn Time worms its way into the files of victims to prohibit their access. The software then promises that decryption is only possible by paying the fee or infecting others by passing on the link. Yet Popcorn Time also carries a double whammy, its code references the ability to totally delete your computer’s encryption key if the wrong code is typed in four times.

Popcorn Time is designed not just to damage your computer and network but also to inflict damage on an increasingly growing net of unaware users. It’s crucial that businesses primarily educate themselves and their staff on the ransomware to avoid becoming more vulnerable to it. Proactive prevention in proper cyber security tactics within your organizations is the best first line defense against dangerous viruses. Hiring a credible and certified managed IT and network service provider can assist with making your security concerns more manageable.

Though if you should find yourself the victim of such software there are different methods to take to counteract it. Many law enforcement organizations would caution against paying the decryption fee, as it funds further delinquent activities and there is no promise that your files will be recovered anyway, and the virus may in fact just delete them.

The Internet security community also seems to advocate against paying the ransom, though say that the responsibility shouldn’t fall solely on the individual to fight cyber crime as a whole. Some ransomware has known to be cracked by the mistakes that their developers have left in how they encrypt the hard drive. Petya and Telecrypt are two popular types of malware that have been talked out due to these flaws.