An earthquake struck Italy on August 25, leaving 250 people dead, and questions about proper use of Wi-Fi during disasters (and in normal times as well) lingering. Controversy was sparked during and in the wake of the earthquake when the Red Cross and frantic citizens weighed upon Wi-Fi network administrators to open up their networks so that disaster victims could post emails and tweets about their status. Red Cross took the step of requesting, according to Wired, “people in earthquake-affected areas disable password protection on their home Wi-Fi networks so everyone could get on the web in a hurry.” Red Cross’ move is not unprecedented. Similar moves had been made during the 2010 Haitian earthquake, Boston bombing, and recent Louisiana floods via a firm called Disaster Tech Lab – an emergency response communications service NGO. 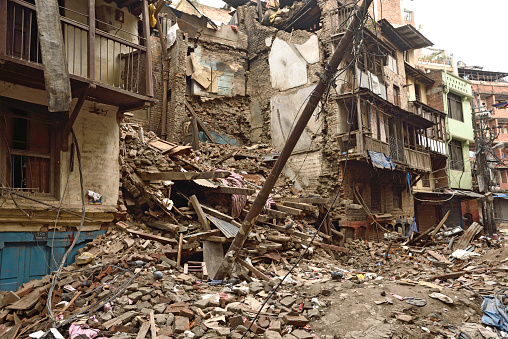 However, the recent Italian situation presented a double-edged sword for residents and businesses in the earthquake-affected area: Yes, on the one hand, opening up the Wi-Fi networks so that disaster victims’ statuses could be known to rescuers was a good move. The down side? Those open networks could attract black hat signal-pirates who could then filch private data from users on the open networks. Arguments both for and against the opening up of Wi-Fi networks are compelling, with Disaster Tech Lab’s CEO Evert Bopp commenting, “I’m delighted to see the Red Cross doing this. People are quite literally lost without the Internet.”

Needed counterpoint was provided by lead malware intelligence analyst Jerome Segura, of Malwarebytes, who said, “Advising people to open up their private Wi-Fi by simply disabling their password is not necessarily prudent. Open Wi-Fi networks can be set as a trap.”

One could probably be compelled to forgive the call for caution and rush to throw open the Wi-Fi gates in light of the tragedy and immediacy of the moment, however, and overlook the “not necessarily prudent” part of Segura’s admonishment in favor of the quick thinking and action as the better part of valor in a crisis. After all, how many black-hat pirates were set up and ready to abuse open Wi-Fi networks, rubbing their hands together as the earth shook around them, too? Discretion is the better part of valor, yes, though prudence is more so, to great extent. Translation? Open up the networks, but give away your Wi-Fi safely. How do you do this? By setting up your wireless network with a secondary, or guest network – also called an SSID. You can then assign to it any type of security layer you want to give it, decide if it can be visible, give it a broadcast name, and add in some DHCP provision parameters for good measure. If you aren’t running firmware on your home network, you can assign a guest network option, and define a name for that SSID. And, if it’s for benevolent disaster-relief purposes, don’t bother assigning a password. That way, signals from the trapped and dying go through that SSID only, and the pirates can’t become signal parasites and data thieves.

Consult an IT Pro

Be sure to contact a reputable IT consultant who can advise you on how to safely configure your Wi-Fi network for guest SSID assignment or disaster relief purposes, if you are interested in that, or need the advice.