The newest Microsoft database platform, known as SQL Server 2016, was recently released to the general public. The platform was previously available in the form of test versions used by beta testers, developers, and IT professionals. These techies have actually been using preliminary versions of the software for over a year. The new database platform’s features were initially released through Microsoft Azure and put to the test in “real world” situations across nearly two million Azure SQL DB databases. Plenty of customers have already successfully conducted on-site production workloads with the software. This past Wednesday marked the official release of final version of SQL Server 2016. 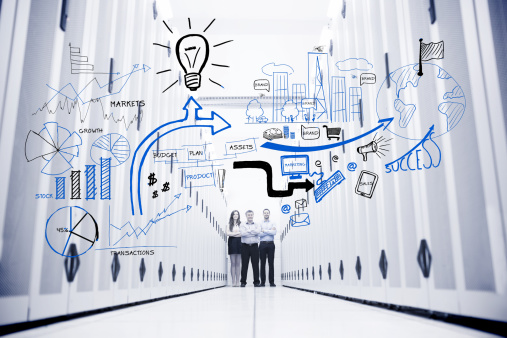 What SQL Server 2016 Brings to the Table

The updated Microsoft SQL Server provides users with a myriad of improvements over previous versions. It incorporates an array of new features that are designed to streamline enterprise data management tasks. These features and improvements were recently outlined in detail in a blog post made by Microsoft’s corporate data group vice president, Joseph Sirosh. Sirosh also wrote about how the new version of the popular database platform will ameliorate data analysis similar to how databases ameliorated enterprise data management. This simplification is now possible as analytics can be moved toward areas data is managed. The exact opposite approach has been taken in the past. This “new paradigm” as Sirosh describes it, will enable an analysis of real-time transactions with incredible efficiency as machine learning, aggregations and joins will all be securely performed within the database itself. There will no longer be a need to move the data outside of the database.

Another alluring aspect of SQL Server 2016 is the addition of open source software R. This feature allows for the immediate analysis of data mining. It will no longer be necessary to extract such information throughout the period of analysis. As a result, users will be able to adhere to a single SQL Server interface throughout the entirety of the process.

Microsoft Has Ramped up Security for SQL Server 2016

Microsoft should be commended for its renewed focus on security. The company placed a strong emphasis on building and maintaining safeguards for the updated version of SQL Server. This hyperfocus on security is quite refreshing in light of the recent data breaches and hacks that have reared their ugly heads in the first half of 2016. SQL Server 2016 safeguards include Always Encrypted, Transparent Data Encryption, Dynamic Data Masking and Row Level Security. Always Encrypted allows for the protection of data through encryption regardless of whether it is static or on the move. Transparent Data Encryption offers an efficient means of protecting data on the page level. Row Level Security and Dynamic Data Masking empower developers with extensive control of apps that connect to SQL Server 2016.

Why the Release of SQL Server 2016 Is Big News

Microsoft executives are anticipating that SQL Server 2016 will become one of the company’s most important product releases. Its abundance of new features and expanded scope will help the tech giant obtain a portion of Oracle’s enterprise database market share. Some customers are especially intrigued by the Enterprise Edition of SQL Server 2016. This variation provides all of the add-ons and is about one-tenth the price of Oracle’s database packages. Prospective customers will also be happy to know that Microsoft is providing free SQL Server licenses to customers who make the transition to the new SQL Server from a competing database. In terms of price, the Microsoft comprehensive pricing chart states that the Enterprise version of the software will be sold at a little over $14,000. Microsoft is also providing a no-cost evaluation version of the database platform, known as “SQL SERVER 2016 Developer”. This version contains the entire feature set and permits for the generation and testing of apps for those who have subscribed to either MSDN or Visual Studio.

{company} is the trusted choice when it comes to staying ahead of the latest information technology tips, tricks, and news. Contact us at {phone} or send us an email at {email} for more information.