There’s a lot of buzz lately around the soon-to-be-released latest version of open-source office software LibreOffice 5.2, which has an expected release date of August 7, 2016. In our current volatile internet climate—where it seems that a report of ransomware attacks and big-company data breaches surface on an almost daily basis—it’s understandable that many enterprise and business folks are still opting for the paid version of Microsoft Office over the totally free, open-sourced LibreOffice suite. 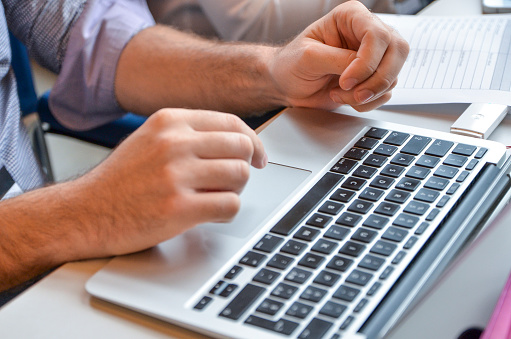 LibreOffice is an Attractive Alternative for Microsoft Users…and Their Hackers

Simply put, there are likely just as many vulnerabilities with LibreOffice’s apps as there are with Microsoft Office. These weaknesses can be an attractive target for ransomware hackers and other malware coders as long as they provide a relatively easy pathway to the end user.

LibreOffice’s suite—with its growing features, options, and user base—have become a popular open-source alternative to Microsoft Office. Certain government agencies have recently opted to use the public sector alternative of Libre, dubbed GovOffice, thus further expanding the free software’s reach into the business world. LibreOffice’s growing user base has prompted a closer look from cybersecurity researchers like Cisco Talos, whose team is known for uncovering and repairing some of the biggest security vulnerabilities in open-sourced projects.

According to Cisco Talos’ latest LibreOffice advisory, the free office suite recently patched a critical vulnerability that makes the application an attractive target to hackers who can easily use it to spread their malicious codes much in the same way that they abuse Microsoft Word.

With ransomware becoming a favorite method of compensation in the world of cybercrime, methods for installing malicious code on an unsuspecting user’s computer have gotten even more creative via the use of social engineering and phishing emails. These creative delivery mechanisms depend on their ability to get past a user’s “spam radar” to convince them that an email and its attachment are from a trusted source and should be opened and downloaded.

The file extensions that hackers typically use to this end are files that we all know and recognize as familiar–.docx, .pdf, and the like. LibreOffice is part of that number with its CVE-2016-4324 vulnerability, which allows hackers to exploit the RTF files to store and execute their malicious code through a Remote Code Execution (RCE) technique.

RCE and the RTF format are long-standing methods of exploit by savvy hackers, and with a large number of LibreOffice bugs available for abuse, the free Office suite will be a popular target with both average malware coders and more sophisticated cyber-espionage groups.

If you use LibreOffice, you don’t need to worry just yet—Cisco hasn’t found any active malicious campaigns with this vulnerability, and the LibreOffice security team has already patched the issue in its most recent versions, 5.1.4.2 and 5.2.0.1 RC1.

Regardless, with an increasing number of various bugs and vulnerabilities along with skyrocketing user numbers and an expanding user profile, cybercriminals and hackers looking to broaden their opportunities will surely set LibreOffice’ users in their sights.

LibreOffice can provide a valuable, free alternative for home users and start-ups looking to cut costs—but for most business and enterprise users, the savings just aren’t worth the additional risk associated with the expanding vulnerabilities of this open-source software option.

{company} is your local Office Suite and business productivity IT solutions and security expert. We specialize in keeping your business’ IT up and running, and your Office software secure and efficient. Contact us at {phone} or send us an email at {email} for more information.