Protecting Your Company’s Intellectual Property From the Competition

Companies invest enormous amounts of time and financial resources developing technology, business strategies, and marketing campaigns to succeed amidst today’s fierce competition. In the vast majority of cases, the full value of these breakthroughs is realized only when they provide companies with a serious competitive edge, catching the competition unaware.

Companies caught off guard by a competitor’s innovation are often unable to respond quickly enough to prevent a significant loss in market share. Yet it is this same competitive advantage that is weighed in the economic balance when a company considers various expenditures of both time and money in its intellectual property pursuits. 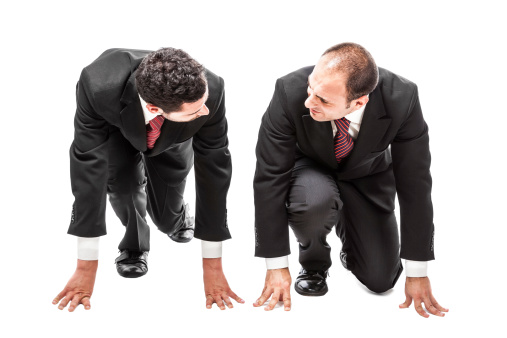 Whether the intellectual property invested in involves new acquisitions, technological breakthroughs, or business strategies, once introduced to the marketplace it could take months — or even years — for competitors to catch up to that company’s superior advantage.

Yet these advantages do not come cheaply; they are often obtained by considerable investments of both time and money; the “sweat of a corporation’s brow.”

Because a company’s investment in their intellectual property is often significant, this intellectual asset must be protected with vigor. The decision to do so will prove justifiable as it is cost-efficient.

From the time of its origin — mere words scribbled on a slip of paper peddled by an eccentric doctor to a merchant of goods — the Coca-Cola Corporation has been famous for keeping its secret recipe inviolate. Yet Coke’s superlative success in this endeavor may be attributed to one simple fact: merely a handful of their executives have access to the recipe; only the few who MUST know. In similar fashion, companies wishing to protect their valuable intellectual assets must take great pains to considerably limit those having access to proprietary information.

Unsurprisingly, the greatest efforts expended must be made prior to one’s intellectual property being lost. For when that information is made available to the public, or has found its way into one of your competitor’s hands, then preventing the spread and use of that intellectual asset is all but impossible. Thus, when wrongly appropriated by the competition, the most effectual legal recourse is to seek a temporary restraining order (TRO). However, obtaining a TRO is more easily said than done, as the legal bar is raised quite high; the litigant must show the court that irreparable harm will occur if the TRO petition is denied.

The most valuable form of intellectual property is often in the form of trade secrets, which include innovative technological breakthroughs, company acquisitions, or marketing strategies that provide a company with a serious competitive edge.

Beyond the TRO’s mentioned, legal theories of recovery for this form of intellectual property breach include; misappropriation, conversion, and unjust enrichment.

However, rather than any form of recovery achieved through litigation — an outcome that is far from certain in even the best of circumstances — the most cost effective means for securing one’s intellectual property advantage is to prevent its unauthorized dissemination in the first place.

Which takes us back to the Coca-Cola method: do not divulge your intellectual property secrets to anyone beyond those who really need to know.
{company} is the trusted choice when it comes to staying ahead of the latest information technology tips, tricks, and news. Contact us at {phone} or send us an email at {email} for more information.