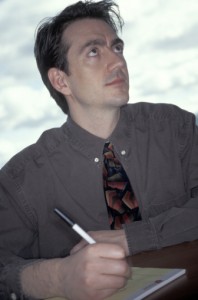 Microsoft has been working over the last few years to enrich its OneNote application; transform its initial lecture-hall model into a more versatile day-to-day note-taking app. Most recently, however, Microsoft is seeking to increase OneNote users by targeting the user base of its primary competitor, Evernote.

Microsoft is making the idea of a switch more attractive with the release of its brand new importing tool. The tool will supposedly allow for a user’s Evernote content to be seamlessly and automatically migrated into OneNote. Simply import the data to your desktop and the tool will sync your information across OneNote to all your devices.

Importing data is relatively simple – if you don’t have Evernote for Window’s installed, manually export your data from the Evernote cloud. Even Evernote features like ‘tags’ can be migrated to help keep your OneNote notebooks familiar and well-organized. This importing device even takes care of downloading OneNote for users who don’t have it previously installed. For the time being, this importing tool is only available for Windows but Microsoft says development for a Mac import tool will be available ‘in the coming months.’

The switch is not without benefit – OneNote surpasses Evernote in terms of processing power and creative license. OneNote offers a more free-form approach to notetaking, allowing users to enter content anywhere, include handwritten additions, images as well as video and audio clips. These notebooks can then also be further organized into sections for ease of use.

In spite of these benefits, Microsoft will struggle to convert some Evernote users. Users who don’t require as much producing power and who utilize Evernote primarily for collaboration will be poised to stay with Evernote thanks to its cooperative WorkChat messaging feature.  However, for those who have ever considered the switch, the release of this streamlining import tool creates the perfect opportunity; a strategic move by Microsoft, no doubt.